Together Over a Brew: The Journey of Beer in Québec 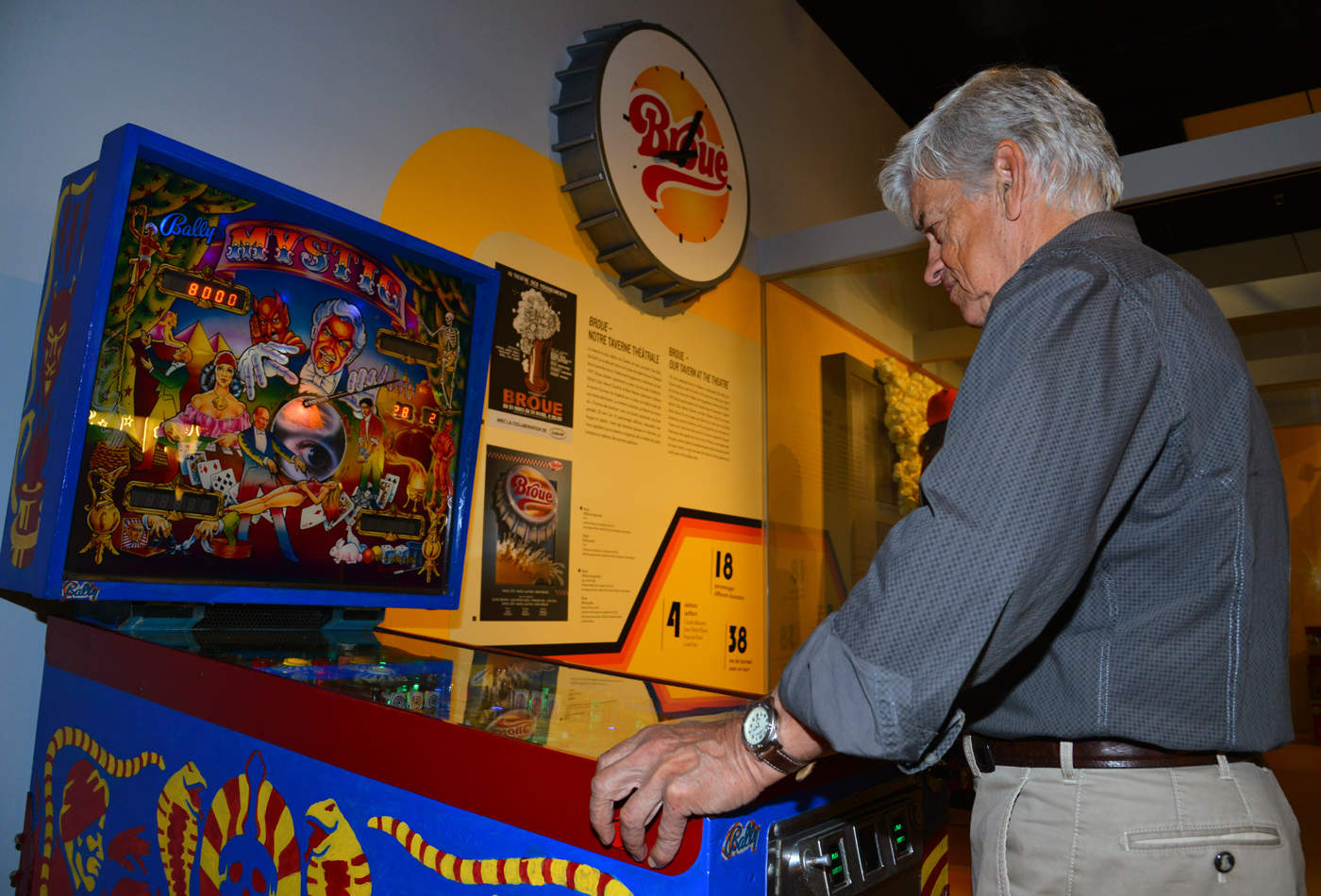 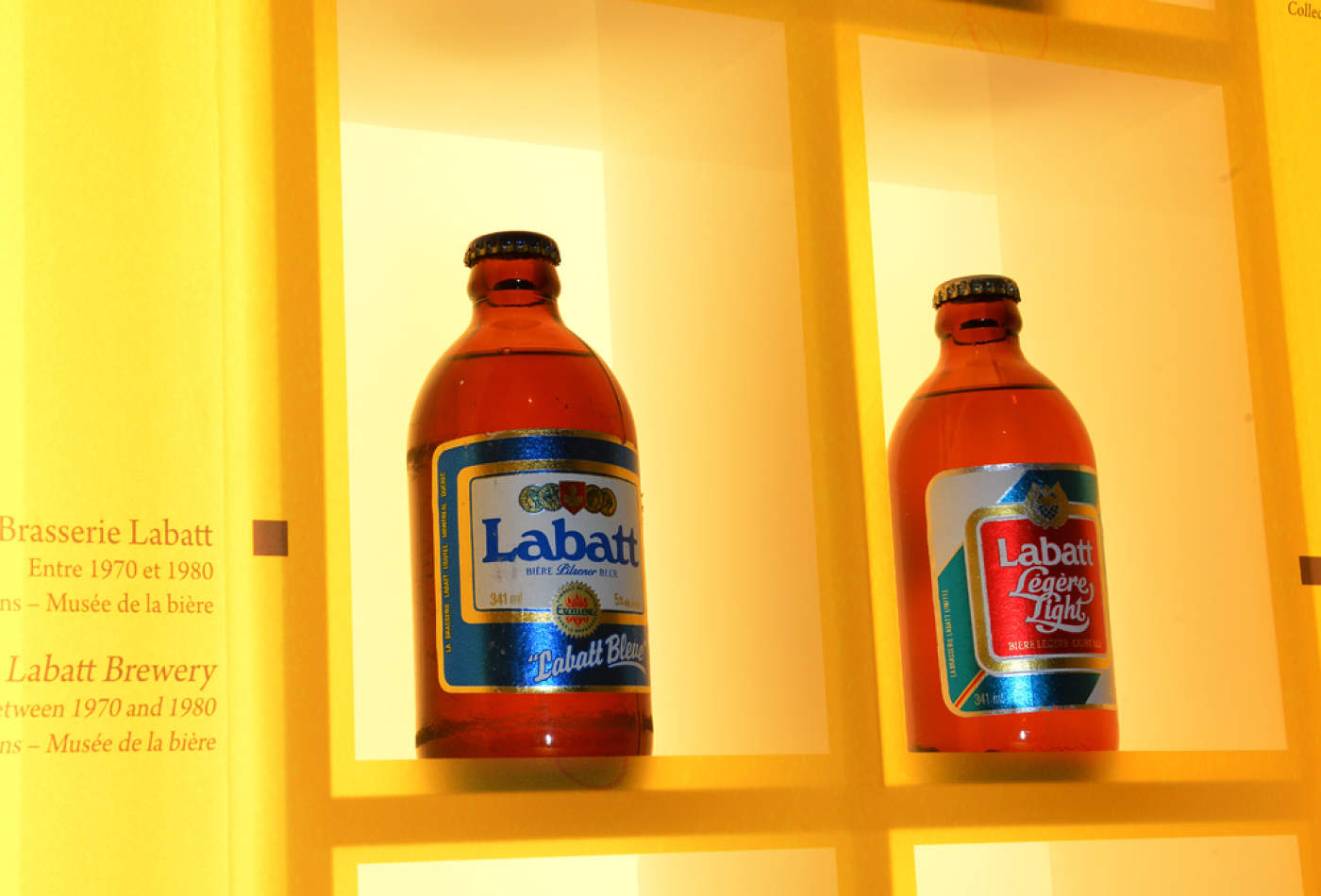 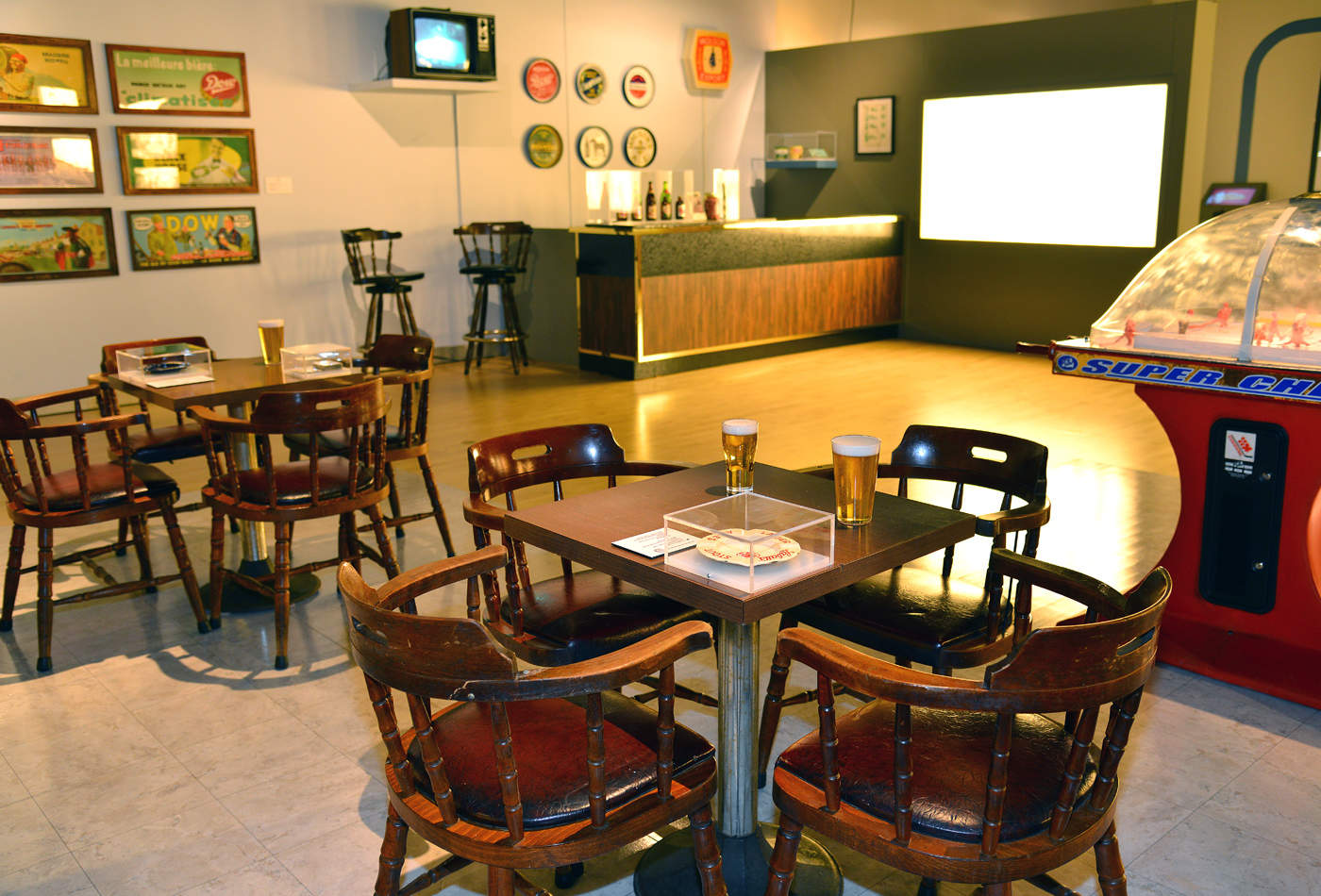 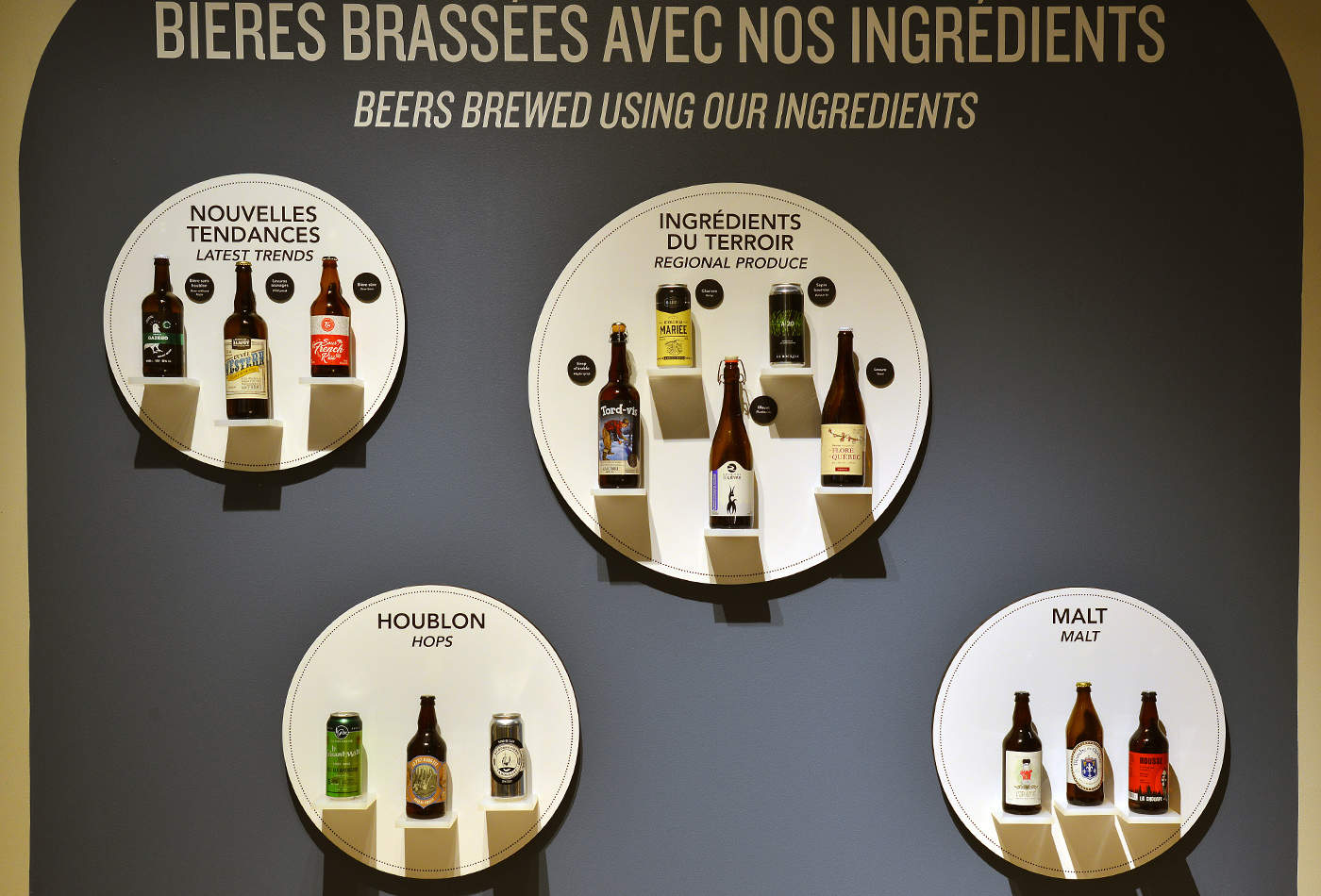 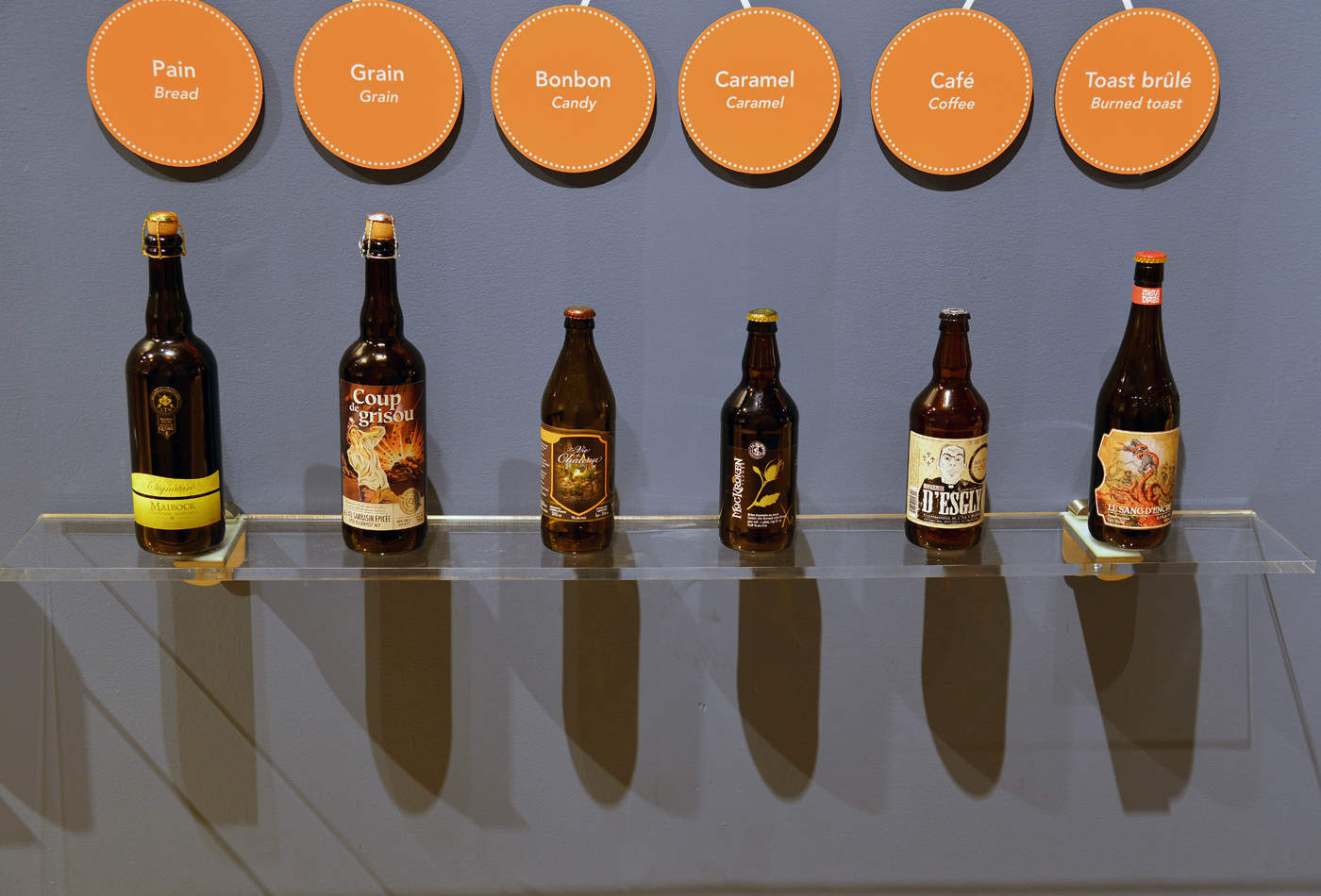 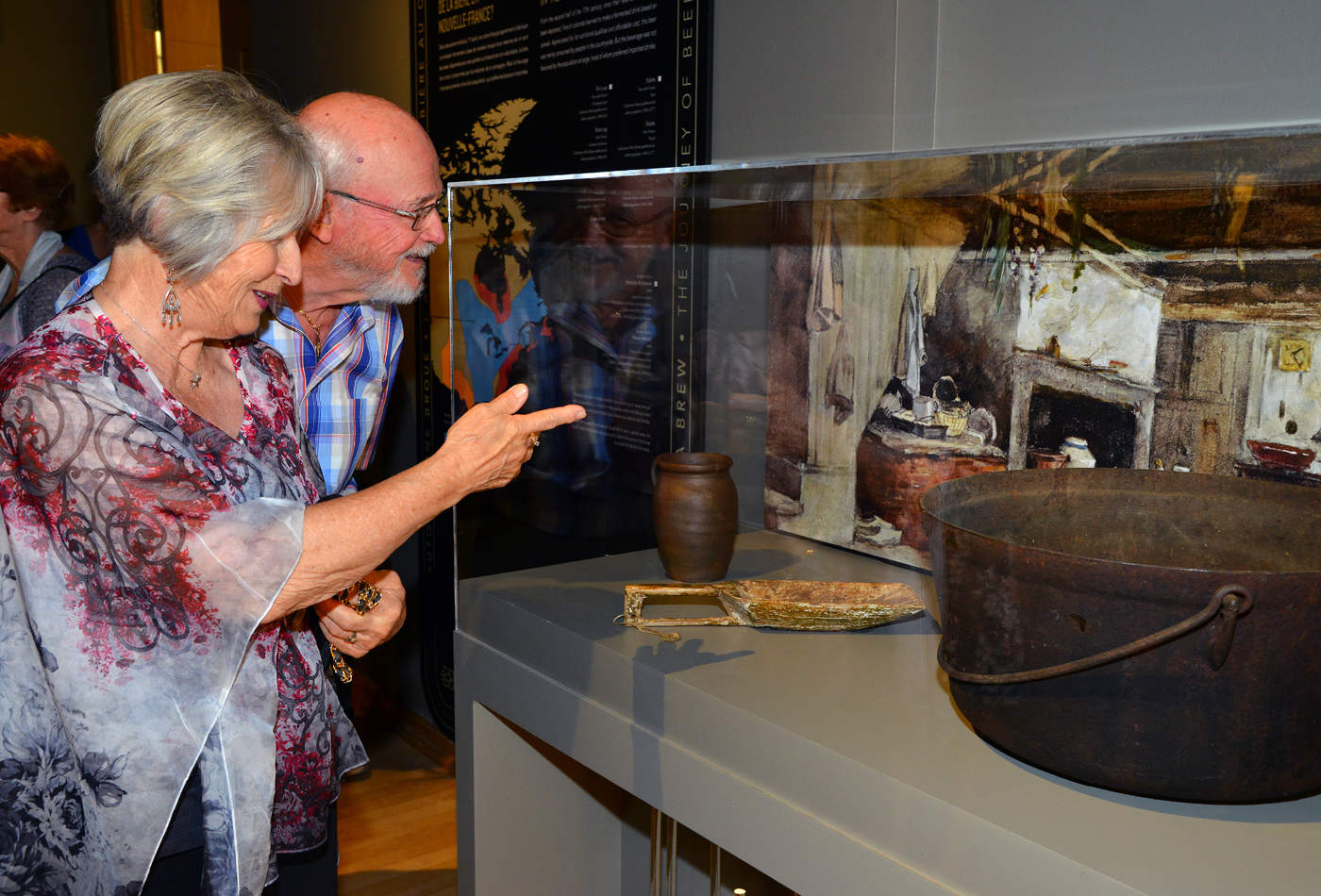 The Musée POP is proud to present an exhibition about the role of beer in Québec’s popular culture. This exhibition explores the history of Quebecers’ favourite drink, from New France and British Rule up to the recent effervescence for microbreweries, including the successful theatre play Broue.

From the Birth of a Colony to Microbreweries

Entering the exhibition, you discover the origins of beer in Québec, from the beginning of colonization to British Rule. This period of our history is about the omnipresence of the Catholic religion, temperance leagues and all the clergy’s efforts to divert their flock from this sinful drink. Unusual artifacts are presented: bottled calvaries, Lacordaire organization leaflets, etc. The story of Québec’s brewing industry constitutes another large part of this section.

Then, you will enter a 1970s tavern, with vintage bar, chairs and tables, a pinball machine and even a pot of pickled tongues! An area is dedicated to the play Broue where some costumes and accessories from the Musée de la civilisation’scollection are displayed, as well as previously unheard accounts from the actors.

An important portion of the exhibition revolves around craft beers. Not only will you discover the manufacturing process and the ingredients used by Québec brewers, but through an interactive game, you will be able to test your knowledge of microbreweries of the Belle Province. Even beer labels and names are true works of art. Therefore, a wall is dedicated to them, showcasing all the creativity involved in seducing the clientele and distinguishing their products from the competition.

Bring your smartphone or tablet, with your personal headphones, to enjoy all the interactives of the exhibition.

Molson Coors Teams Up with the Museum

Molson Coors is the official presenter of the exhibition – an obvious association since John Molson was the founder of the first Canadian brewery in 1786 in Montréal, to which the history of beer in Québec is closely linked.