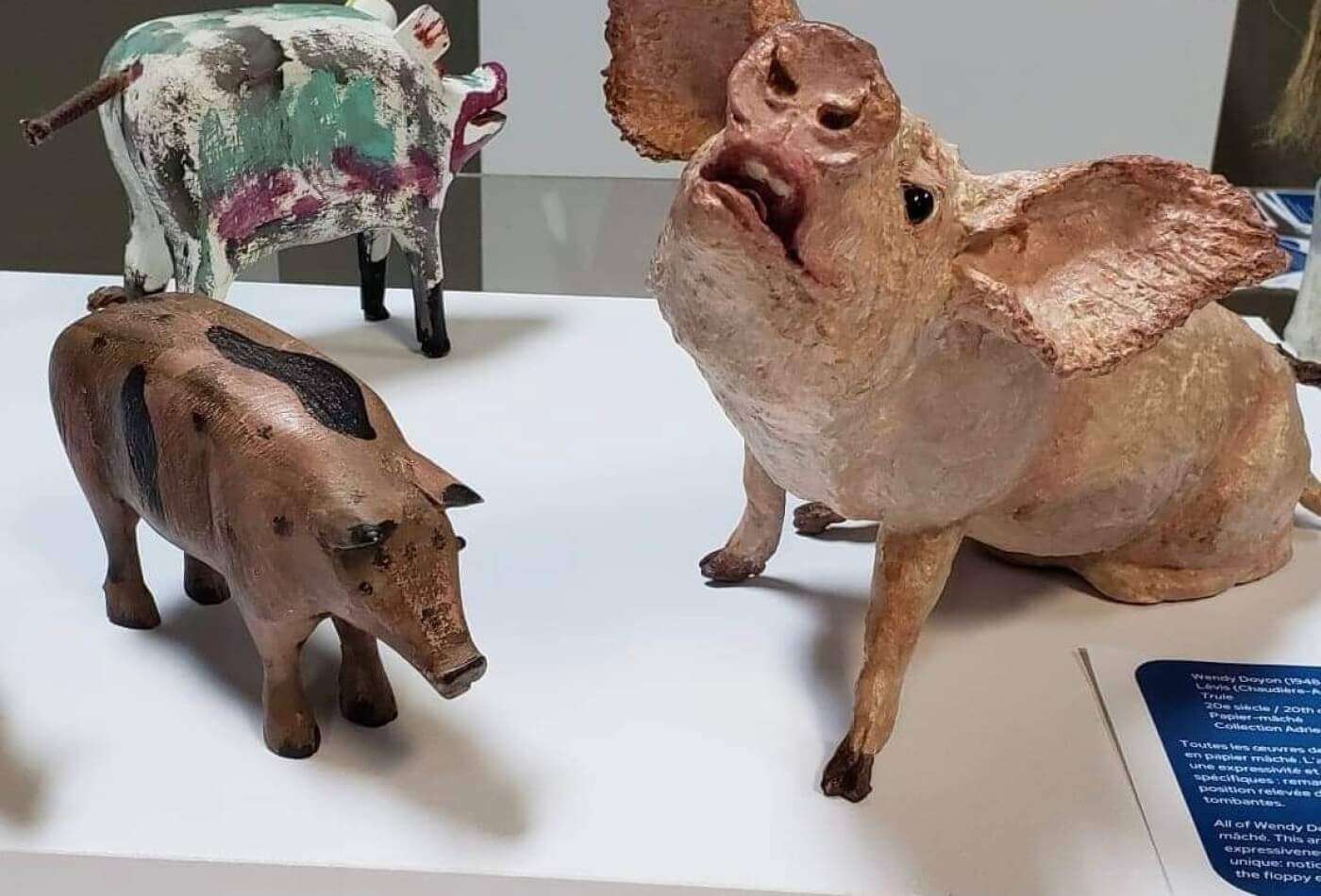 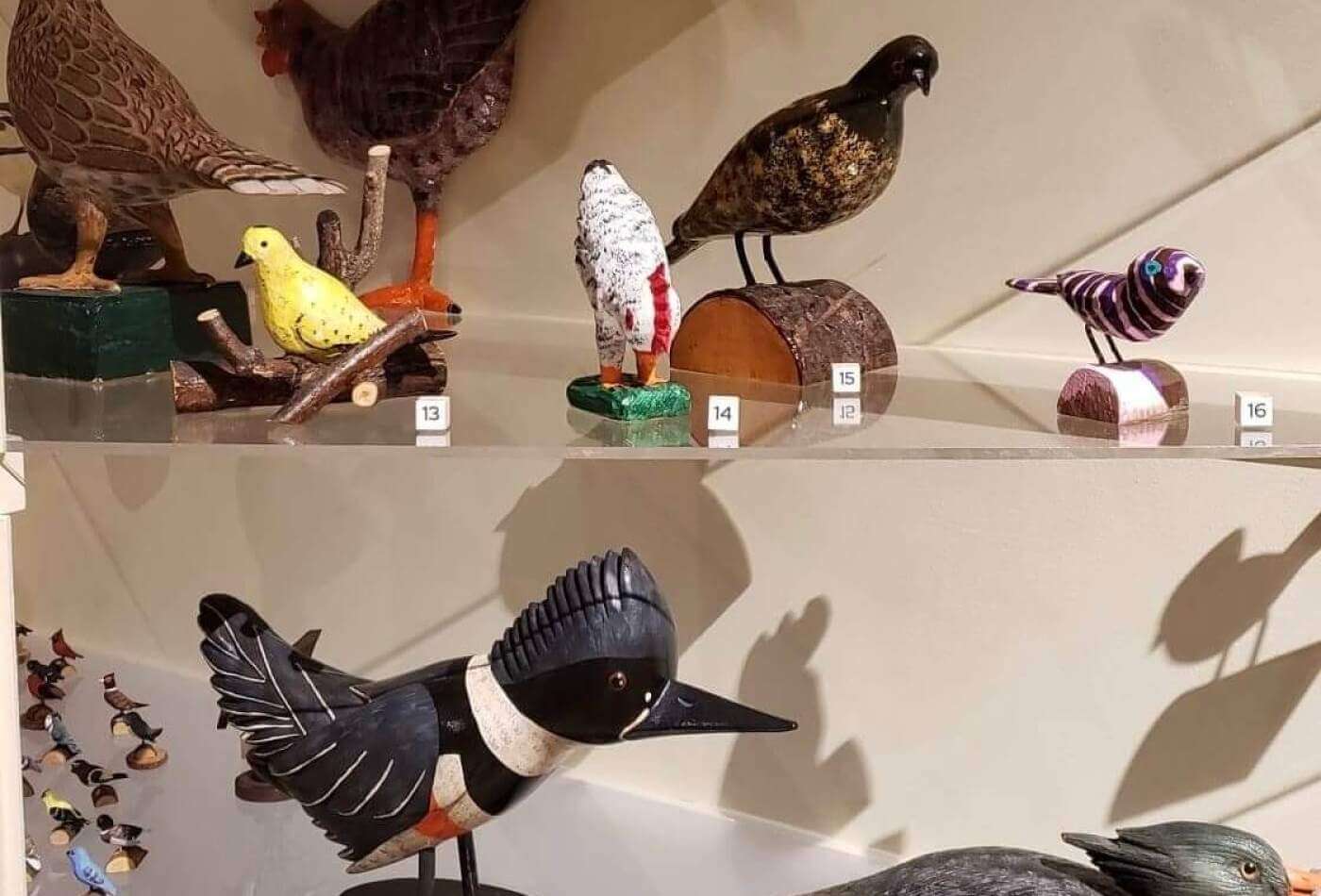 Folk art represents one of the oldest and most authentic forms of artistic expression. This exhibit on Quebec animal art highlights a selection of pieces by about sixty recognized folk art artists established in several regions of Quebec. The theme developed presents animals of different species found in our ecosystem, including wildlife, farm animals and pets, then fantasy and exotic animals represented in a playful way, in different forms and colors. Also, these species of animals, under the magnifying glass of artists from different eras (between the 19th and 21st centuries), are represented sometimes with an amazing realism and, other times, by taking a step back from reality. These artworks, whose dexterity, imagination, fantasy and humor evoke wonder, embody the beauty of nature.